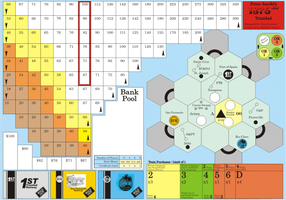 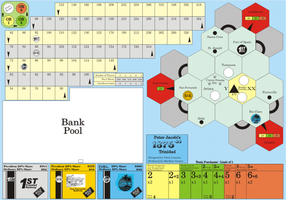 Both versions of 1876 Trinidad are suitable to teach new players the basics of 18xx. Nevertheless they are also a challenge for experienced players, combined with a short playing time.

The 2nd edition published by Marflow Games is using the design of the 1996 edition published by Chris Lawson. However it is a RTP version with elaborate game material. For instance the station token are wooden discs and the "Priority Deal" is a wooden elephant. The latter may be used as an alternative to the original "Priority Deal" which is a card with a white elephant.